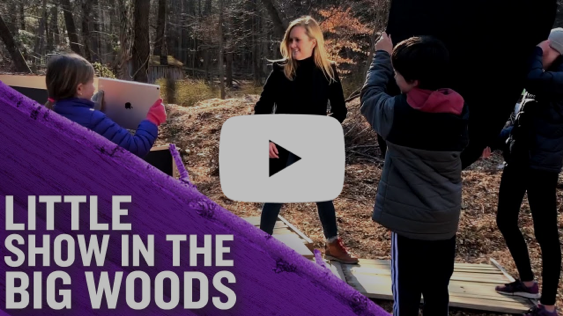 LOS ANGELES – March 23, 2020 – Full Frontal with Samantha Bee is going into the woods and coming back onto your TV this Wednesday, March 25th. Samantha Bee, who like the rest of the country is adjusting to working from home, will return to her normal10:30 p.m. timeslot and broadcast her 30-minute late-night series from home. Executive Producer Jason Jones, Bee's husband and quarantine roommate, will film the episode from a socially distant six feet away--and even further away if it's a better angle for Bee.

"Doctors, nurses, and grocery store clerks are fighting on the front lines, and the least the rest of us can do is stay home," said Samantha Bee. "Even if that means my husband just became both my cameraman and makeup artist."

Full Frontal with Samantha Bee shines a spotlight on stories inside the Beltway and beyond, from sexual harassment in the media to the “boyfriend loophole,” and from global warming to child marriage in the United States. Full Frontal also travels the world to cover international stories, with segments from China, Jordan, Germany, Russia, Scotland, Mexico and Iraq. In its first four seasons, Full Frontal has garnered an Outstanding Writing Emmy and a WGA Award for its two Not the White House Correspondents’ Dinner specials honoring a free press, as well as seventeen Emmy nominations, an additional WGA Award nomination, a Television Critics Association Award for Outstanding Achievement in News and Information, two additional TCA Award nominations, two PGA nominations and four DGA nominations. The series is executive produced by Samantha Bee, Jason Jones, Tony Hernandez, Miles Kahn, Alison Camillo, and Pat King.

About WarnerMedia
WarnerMedia is a leading media and entertainment company that creates and distributes premium and popular content from a diverse array of talented storytellers and journalists to global audiences through its consumer brands including: HBO, Warner Bros., TNT, TBS, CNN, DC Entertainment, New Line, Cartoon Network, Adult Swim, Turner Classic Movies, truTV and others. WarnerMedia is part of AT&T Inc. (NYSE:T).