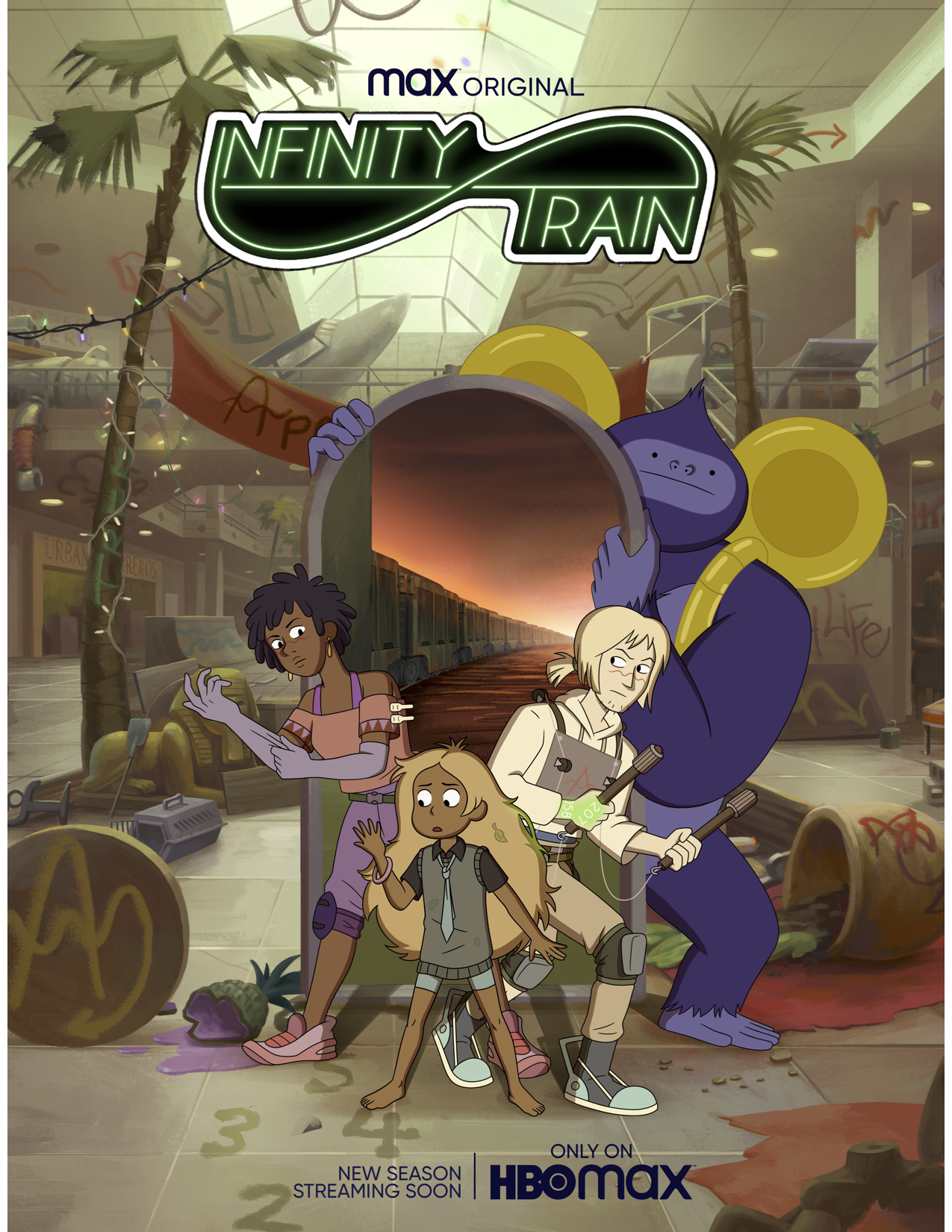 LOS ANGELES – July 6, 2020 – Continuing to bolster its substantial animation slate, HBO Max is bringing aboard the third season of Infinity Train with an exclusive premiere on the streaming platform this summer. The series first season, Book 1, tells the story of a precocious young girl named Tulip on a mystery adventure that finds her on a train full of infinite worlds going against all odds to find her way back home. The second installment, aptly titled Book 2, follows Mirror Tulip, an escaped reflection from the mirror world. Themes of identity, friendship and peer pressure arise while she and new friend Jesse, find themselves on the run. Books 1 and 2 of the animated series produced by Cartoon Network Studios are now streaming on HBO Max.

“Infinity Train takes us on a mystery adventure of resolution and growth that we love to experience,” said Billy Wee, SVP Original Animation, HBO Max. “We are thrilled to work on this project with Owen to continue this fantastical journey and tell a classic story about inner-strength and determination in a new and exciting way.”

“I’m really excited for fans to see Book 3! The story this time is… I don’t want to spoil anything, but it’s definitely something fans are gonna flip over! When we started working on Infinity Train, I couldn’t have imagined where it would take us, but thanks to our loyal and vocal fanbase, we get to continue on this amazing ride,” said Owen Dennis, series Creator.

In Book 3, Grace and Simon are the leaders of the Apex, an anarchic group of kids on a mysterious train. During one of their destructive missions, Grace and Simon get separated from the rest of the Apex and must find their way back. As the duo navigate through the myriad worlds of the train, they meet Hazel, an optimistic young girl, and Tuba, her gentle gorilla companion. Will Grace and Simon find new inspiration in Hazel’s innocence, or will the ways of the Apex recruit yet another aboard the train?

Infinity Train was created by Owen Dennis (Regular Show) and is produced by Cartoon Network Studios.

About Cartoon Network Studios
Established in 2000, Cartoon Network Studios (CNS) is a global animation and interactive studio recognized for its innovative approaches to IP development and world-building. Fostering a creator-driven environment, CNS is home to hundreds of visual artists who have been a part of the studio’s many critically acclaimed and groundbreaking animated series including Adventure Time, Ben 10, Craig of the Creek, Steven Universe, The Powerpuff Girls, and Victor and Valentino. CNS has also produced notable Adult Swim hits such as Primal, Samurai Jack, and Harvey Birdman, Attorney at Law.

CNS has been honored with multiple awards and accolades including Emmy, Peabody, GLAAD and Annie Awards. Internationally, the studio also garnered the BAFTA, Italy’s prestigious Pulcinella Award and Annecy Festival’s Cristal Award. Currently, CNS houses a VR lab, and produces an array of interactive formats and products for youth and young adult audiences around the world. As part of its ongoing efforts to discover unique and promising voices everywhere, the studio has a robust global Artist Program and has numerous partnerships, including Exceptional Minds, Black Women Animate and California Institute of the Arts.