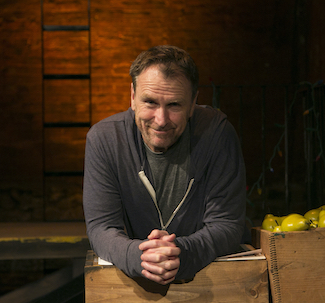 “Colin is a pillar of the stand-up community” said Suzanna Makkos, executive vice president of original comedy and animation for HBO Max.  “The fantastic group of comedians he’s selected, most of whom have not performed in front of a live audience for months, will allow the viewer a window into how the pandemic has impacted this art form. Utilizing a drive-in movie theater allows comics a unique way to connect with the audience while also prioritizing safety”

“Anybody can please an audience” said Quinn. “It takes a real comedian to make a bunch of cars laugh.”

Summer of 2020: A Drive-In Comedy Special (wt) is produced by Above Average and executive produced by M. Blair Breard, Marc Lieberman, and Brian Stern of AGI Entertainment.

About WarnerMedia
WarnerMedia is a leading media and entertainment company that creates and distributes premium and popular content from a diverse array of talented storytellers and journalists to global audiences through its consumer brands including: HBO, HBO Max, Warner Bros., TNT, TBS, truTV, CNN, DC Entertainment, New Line, Cartoon Network, Adult Swim, Turner Classic Movies and others, as well as Xandr’s suite of advanced advertising solutions designed to help to improve advertising for brands, publishers, and consumers.