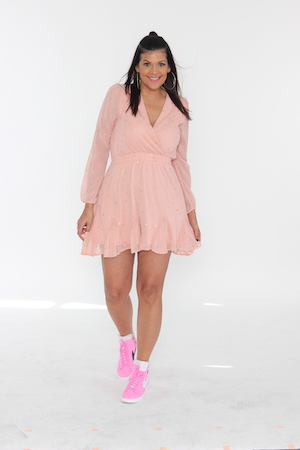 LOS ANGELES – August 20, 2020 – HBO Max is adding to its ever expanding stand-up slate with the greenlight of a solo stand-up special from comedian, actress, producer Aida Rodriguez.

In the special, Aida Rodriguez takes to the stage to confront today’s audiences about cancel-culture and the social issues of the day, not just because they’re ripped from the headlines, but because they are in the pages torn out of her personal life. Trigger warning: her comedy might offend those who are too uptight to listen anyway.

“We are so thrilled to be able to partner with Aida not just on her scripted development but for her first one-hour stand-up special” said Suzanna Makkos, executive vice president of original comedy and animation for HBO Max. “Aida has such an unmistakable comedic voice and distinct point of view. Her ability to tackle an array of current events will certainly resonate with audiences.”

“I’m excited about my first hour-long special and I’m thankful that HBO Max believed in me enough to create a place for my voice, “ said Rodriguez. “They have been a great partner every step of the way.”

The special will be produced by Art & Industry.

About WarnerMedia
WarnerMedia is a leading media and entertainment company that creates and distributes premium and popular content from a diverse array of talented storytellers and journalists to global audiences through its consumer brands including: HBO, HBO Max, Warner Bros., TNT, TBS, truTV, CNN, DC Entertainment, New Line, Cartoon Network, Adult Swim, Turner Classic Movies and others, as well as Xandr’s suite of advanced advertising solutions designed to help to improve advertising for brands, publishers, and consumers.